>Susan Sontag and my grandsons 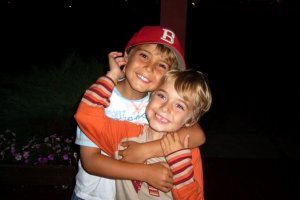 You know, when I wrote my last blog about wanting to be a BON girl (thanks for the concept, Bob, a girl can hope, right?) I was being lazy. I wanted/needed to blog, but I just couldn’t get to the internal place where I needed to be. In a way, I was just faking it, getting something out there without much effort, but then of course, in the other way, I want nothing more than to be read, I want to be read in the same way that us humans long to be seen. And the response was very gratifying: keep writing, post more often, keep on keepin’ on, as we said in the sixties. Very much, thank you. So, if I have just one reader (and I have more than one) I should shoulder the responsibility of doing this thing. Blogging. In fact, not so long ago, I said I was blogging to save my life. And here I am, living. Still. So far, anyway.

So I will promise myself that I will write. And not crumple and toss if it’s not prissy-perfect-prose.

So I’ve been thinking about self-consciousness. This arose when I read a review in the New York Review of Books about the forthcoming journals of Susan Sontag, edited by her son, David Reiff. I blogged about David Reiff, after reading about his book, and then reading his book, Swimming in a Sea of Death, about the last years of his mom’s illness and dying. The forthcoming book is the first of three volumes, it’s titled: Reborn-Journals and Notebooks, 1947-1963. (Reborn … hmm … have to think about that, she was an atheist after all.) Apparently Sontag journaled constantly, often daily, from age 15. (Grrr … jealous!) So, the reviewer (Deborah Eisenberg) teases us with portions of these early journals. The fascinating thing to me is Sontag’s enormous self-consciousness. She calls it “x”. She says: “X” is when you feel yourself an object, not a subject. When you want to please and impress people, either by saying what they want to hear, or by shocking them, or by boasting and name-dropping, or by being very cool. She also says, America is a very X-y country…

So she doesn’t call this “x” self-consciousness, that’s what I’m calling it. These few lines of hers tell me so much about myself, but also made me think of my two grandsons, now 6 and 9. One, the older one, Yann, is self-conscious, the younger, Dilan, not at all. Dilan makes the most amazing funny faces and expressions, but is never looking to see if you notice, he really doesn’t care. It’s amazing. Yann does think about who is watching and what they think of him. He is surprised by compliments and anxious to do well, perform well.

How does this happen? What does it do to a person? What does it mean? I have no idea. Sontag was brilliant, driven, successful, wildly noticed. But there are many unselfconscious people who are brilliant and successful, maybe less driven and wildly noticed.
~~~
I visited one of my nursing home patients today who longs for company. It’s not the loneliness of dying, it’s just loneliness. Most people don’t know how to be alone even in the best of circumstances–how to be ok alone. But from Sontag’s words in her youthfulness, I see that the need to be alone, to hold sacred the space for solitude may derive from wild self-consciousness, that only stops berating and accusing the self when the self is alone. But again, I don’t know. This is what happens when I just think on paper (er, on computer). I wonder if I will find myself lonely when I am dying. I’m more likely to be the one who will wait until everyone leaves the room, or more so, kick every one out. But maybe not. I have no idea how it will go really.

We talked a bit among our team about Washington’s Prop 1000, the so-called assisted suicide bill that Washington voters approved by a large margin. I sense that my lack of reservation, that is, my positive feelings about this measure, are a bit of an anomaly among my kind. Indeed the palliative and hospice groups came out against it. The AMA came out against it. Have I “over-normalized” death? Does this have anything to do with my self-consciousness? I doubt it. But I’ll think about it.

Meanwhile I have to learn how to tag. Tag, you’re it. And practice at not being perfect. As if.

This entry was posted in Uncategorized. Bookmark the permalink.

1 Response to >Susan Sontag and my grandsons